Battle ropes have been used as a functional training tool. However, are they functional? I guess they are if you want to be better at the Battle Rope.  You can do a variety of waves and slams, but they may not be for everyone. Although you may see battle ropes in your gym, you may not see many using them.
Battle ropes can only be used for battle rope slams, and waves that ride along the ground. Battle ropes are heavy and hard to store, especially for trainers, and coaches doing boot camps, outdoor fitness, or mobile fitness. Most personal trainers, and strength coaches haver said battle ropes are too much torques and tension, and don’t provide a great foundation for posture.

"I have recently tested the Inertia Wave and three different  Battle Rope companies and strongly believe the Inertia Wave is the far superior product." The Inertia Wave is a pair of 9-foot-long resistance bands, called elastomers. The methods of use and exercises you do with the Inertia wave are ALIVE! As the energy goes into the user’s body, not the floor like a battle rope.

Most battle ropes, and elastic resistance ropes fail in many categories. They are all anerobic, one energy system, and anterior stress! This causes the person exercising to migrate to a poor posture and creates a host of imbalances over time.

The Inertia Wave is a safer, more effective battle ropes alternative. Designed to enhance your High Intensity Interval Training (HIIT) and Tabata workouts, the Inertia Wave is far superior to battle ropes blowing them away in core engagement, energy systems, caloric expenditure, and cognitive skills. Include it to your everyday routine to enhance athletic performance whether you're an athlete, firefighter, military or law enforcement officer, or regularly engage in extremely demanding physical activities. 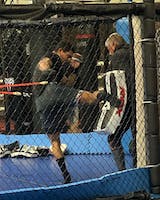 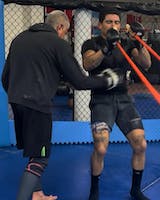